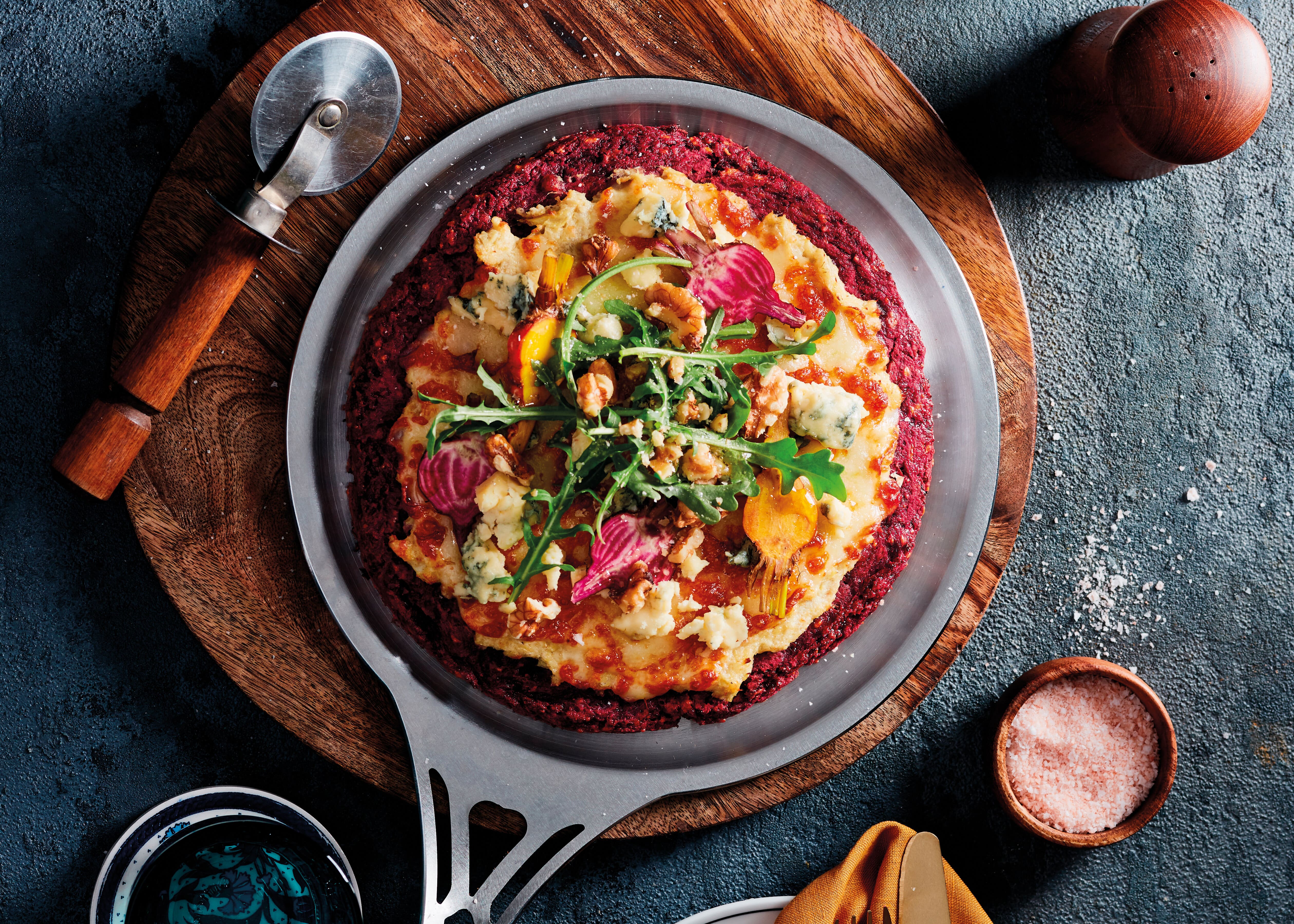 This recipe has been provided by the team at Anchor

3. Mould dough onto a piece of baking paper into a round base approximately 3 cm thickness.

4. Bake the base at 180ºC for 8-12 minutes until cooked and it starts to become crisp and brown around the edges. Remove from the oven.

1. Spread the artichoke tapenade over the base leaving a 2 cm border around the edge.

2. Evenly sprinkle the Perfect Italiano Shredded Mozzarella over the tapenade.

3. Bake in pizza oven until base is crisp on the bottom and mozzarella is golden and blistered.

4. Remove from the oven and garnish with Mainland Blue Cheese, walnuts, honey and leaves.

Chef’s Tip: Beetroot pizza bases can be pre-made and refrigerated.